When I’m working at my computer in my office at home, I can look out the front window and see what’s going on outside. Recently two guys walked down the sidewalk. My first thought was that they were homeless because frequently people come down this street from Salvation Army, Gateway House, or Triune Mercy Center. As I looked more closely, I noticed that one of the guys was definitely creative. The back of his jacket had colorful ties and scarves attached to it so they flowed as he walked. The jacket truly was a work of art…what one might call a “statement piece” in the fashion world.

As they got to the lower edge of my lot, the two men stopped. The jacket guy turned around and set his styrofoam cup on the sidewalk. I watched closely because the only thing that bothers me about having all kinds of foot traffic in front of my house is the occasional wrapper or other garbage that’s dropped. Then the guy began pulling something out of his pocket. By now, my curiosity was really high. I watched as he took out a camera  and pointed it toward the ground. I finally knew what was happening.

Several years ago the City of Greenville redid part of the sidewalk in front of my house. I knew that I just HAD to write something in the wet cement. But what?  After some thought, I realized that the statement I wanted to write in rather crude letters “for all eternity” was Faith, Hope, Love. This morning, two very interesting young men got the message. 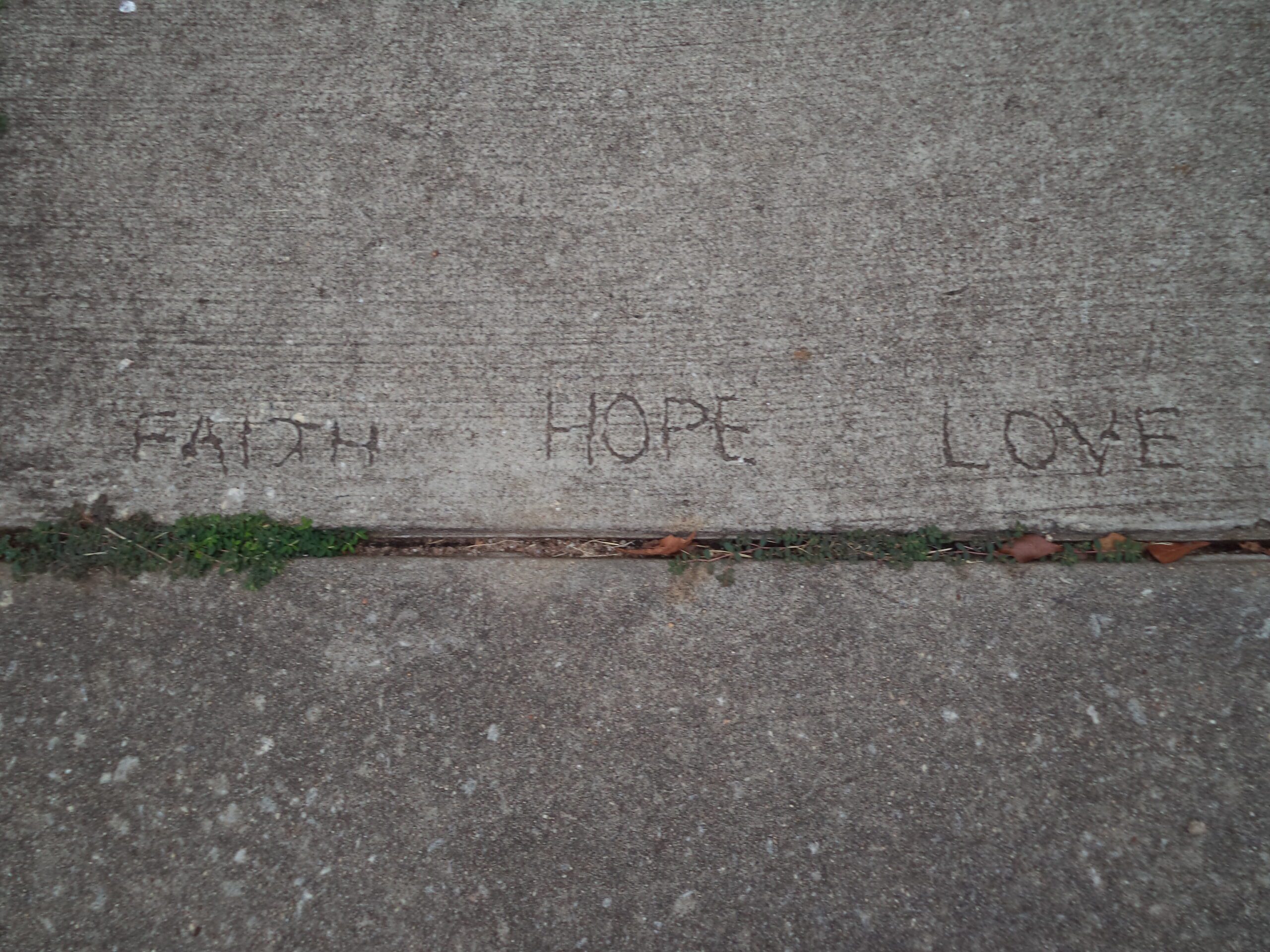 I can surely testify that God works in mysterious ways. Back in late August/early September when I learned that I may be asked to become the Bridge Transitional minister at Eastminster Presbyterian Church...

I heard a fascinating interview with someone whose name I did not catch as he talked about analyzing marketing materials for political candidates.  He said that in this age of technological media, candidates’...